The Costa Blanca or White Coast, on the southeastern mainland of Spain is renowned for its miles and miles of sandy white beaches and warm Mediterranean climate.  The area enjoys over 300 days of sunshine a year, and is one of the healthiest places to live in Europe due to its climate and high salt content in the region. Where better to come and enjoy a sun filled holiday?

The Costa Blanca South stretches from Alicante down to Pilar de la Horadada, and includes places like Santa Pola, Guardamar Del Segura, Torrevieja, and La Marina to name just a few.  There are miles of beaches in this area, most being awarded Blue Flag status, there is a beach for everyone here, sandy, pebbled hidden behind dunes, next to pine forests, urban and remote beaches with calm and choppy waters.

The Costa Blanca has so much to offer, what ever you are looking for you can find it here, steeped in History and boasting beautiful mountain views, you can enjoy many activities including water sports, golfing, pony trekking, quad biking, fishing and even hot air balloon trips.

With more then 3,000 years of history dating back to the Roman times, Alicante (also called the city of light in Roman times) is the second largest city in the Valencian region and is the capital of the Alicante province. Alicante has so much to offer, from the Castle of Santa Bárbara perched on the top of Mount Benacantil, to the beautiful beaches, the lovely houses lining the streets of the old town, as well as the numerous festivals.   The festival, Hogueras de San Juan being one of the most important, takes place around the time of the summer solstice.

Elche another local city is well known for its exotic palm forest, which is a UNESCO world heritage site, has more then 200,000 is the largest in Europe.  La Alcudia which is just 2 km from the city is the archaeological site where the Lady of Elche was discovered, a fascinating example of Iberian Art.  Visitors to this site can see the remains that cover the whole area which include the Iberian Temple, Christian Basilica and the forum and Roman houses.

Moving south down the coast is the town of Santa Pola, known for its fishing port where you can watch the fishing boats return with their catches.  Santa Pola has a rich history and there are a number of watchtowers and a castle built in 1557, you can also catch an hourly ferry that to goes to the island of Tabarca that was a refuge for Berber pirates.

Between Santa Pola and La Marina is an area of wetland of international importance known as the Salina de Santa Pola.  The salt works are located in the costal zone, with its beaches and dunes.

From the N332 that crosses the reserve you can enjoy concentration of birds that feed on the salt flats, one of the many birds here is the flamingo, which can easily reach 8,000 birds depending on the time of year.

La Marina is between Santa Pola and Guardamar del Segura, and is split into two distinct parts, the old costal town and beach area, and the large purpose built urbanization.

The costal part of the town has some fantastic blue flag beaches, which stretch from the area of El Pinet to La Marina, so you can always find a spot away from the crowds.

Guardamar Del Segura is less then 10 minutes south from La Marina, and is another lovely Spanish town which is situated at the mouth of the Segura river and also has a number of archaelogocial sites, as well as the 11km of sandy beaches. 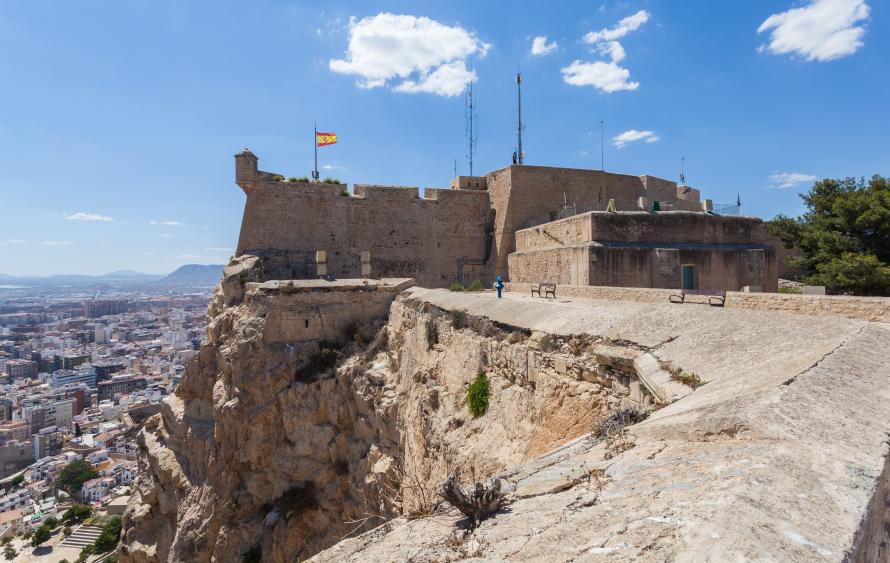